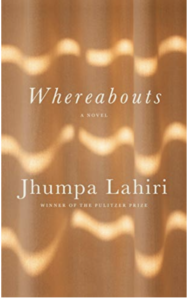 It has been a long time since I’ve posted here. Yes, I’ve been busy. But it’s more than that. A lot going on both personally and professionally. Right now I should be rehearsing the live webinar I’m giving on Tuesday that’s related to my coaching, but somehow I want to be a reader and a writer for a while today instead. Or in addition. That could be partly because I just watched the She Writes Press onboarding webinar I missed when it was live. My novel The Portraitist will be published by them in Fall, 2022, and such prospects always produce a measure of soul-searching.

Beginning with, which of those personas am I (reader, writer, coach)? And does it matter?

Reading, writing, and coaching gently fighting with each other

You’d think with so much in common they’d all get along beautifully. Each one informs the other on so many levels. For instance, the book I just finished reading last night, Whereabouts by Jhumpa Lahiri, had my reading, writing, and coaching selves all in a lather. It’s exquisite, first of all, but it breaks every storytelling “rule” I follow myself and coach my clients to follow.

Perhaps that’s why I’m in such a bizarre frame of mind today. Let me explain.

To begin with, the story is barely perceptible. If you asked me, “What’s it about?” I’d have a pretty hard time answering you. As for what the protagonist wants, or where the obstacles are, or her arc of change—I’m not entirely certain. I couldn’t even tell you what the exact setting is, except that it’s clearly in a European city, and because Jhumpa Lahiri lives in Italy and wrote the book in Italian, I’ll go out on a limb and say it might be Rome or Florence. What I do know about the protagonist is that she’s a professor, although I don’t have a clear idea of what or where she teaches. She also lives alone and has had love affairs, but never married.

And yet I devoured the book in a few gulps. (It is short.) I loved it. The prose is elegant and spare. Each chapter is a perfectly formed little scene, a snapshot of a moment from the protagonist’s life that doesn’t so much lead to the next one as add a delicate layer to a barely delineated picture. If I could use any term to describe it, I might call it pointillist.

And so I dread the time when one of my coaching clients says, “But what about Whereabouts?

This remarkable little book could be the exception that proves the rule. Or it could be an example of literary form so deeply integrated as to be almost imperceptible.

Here’s what I can say:

Here are the questions I’m left with:

That leads me back to what I might tell my anxious writer self:

You would never dare attempt such a thing, and you have 12 novels under your belt. Does that diminish your worth as an author? Not really.

But I am fully aware of my general place in the literary world: skillful storyteller, conscientious spinner of tales, not afraid of using my imagination to its fullest. I keep pushing myself to learn and do better, but I will never be Jhumpa Lahiri.

And here’s what I’ll tell my coaching clients:

Books like this one are to be savored, but never imitated. Therein disaster lurks. So savor away! Then write books with plots and points.