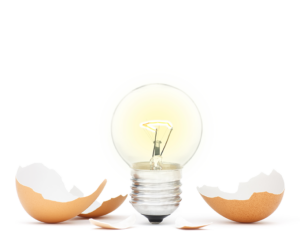 This is a question I’m asked from time to time by inexperienced writers, who are—quite naturally—concerned that they’re not seen as copying another author or idea, or are afraid of having someone else copy theirs.

I say “quite naturally,” because in many areas of our life, we’re encouraged to be unique, original in our thinking and accomplishments, to claim ideas as our own, and somehow that is proof of intrinsic value.

However, there are several reasons—not all of them obvious—why presenting your book as unique, or going to great lengths to write something that has no existing equivalent, is not only not necessary, it can actually work against you.

Too often, new writers are loath to send their material to an editor or an agent because they’re afraid they’ll steal their idea. Trust me when I say this is a non issue. No agent is interested in taking your idea and executing it themselves. The same goes for a publisher. Asking a professional reader of any kind to sign an NDA is the kiss of death. The exception is if you’re a super-famous celebrity writing a tell-all memoir.

And don’t freak out if there are other books with the same or similar title to yours. It’s a good idea not to choose the same title as a book in your genre so you don’t confuse readers. But otherwise, it’s fine.

If you hope to query your book for traditional publishing, it had better not be one of a kind. That’s because a publisher’s number-one concern is whether there’s an audience, a readership, for your book. They want tried and true. Known quantities. (They want great books and unique voices, but that’s different from a unique idea.)

That’s why query letters and pitches always include some language like, readers who enjoyed X will love my book, or think Xpopularbook meets Ypopularbook.

What will make your book stand out is not what you write so much as how you write it.

That said, I want to say a word or two about the idea of “high concept” stories. The Wikipedia entry defines it like this:

High concept is a type of artistic work that can be easily pitched with a succinctly stated premise.

Notice the word “unique” does not occur. Some high concept stories have elements that make them stand out against others in the same vein (think Hunger Games), but they also have elements that place them securely in a tradition or genre that means they will appeal to an established audience.

Sticking with Hunger Games for a moment, if  Suzanne Collins wasn’t such a great writer, the books might not have captured the imagination as they did.

It may seem an obvious point, but a writer has to pay off the interest in a particular story by writing something a reader can’t put down.

Quite honestly, in my view, it boils down to the characters. Creating characters that readers connect with, care about, are willing to accompany through their harrowing internal and external journeys is job number one for every writer.

Both are true. Only you can write the book you will write. But chances are, there are other stories out there that tread the same or similar ground. And that’s fine.

In the end, the only thing you can do is commit to your idea and then work to write your book as well as you can. Sometimes that will involve working with a coach to keep you motivated and guide you through the ups and downs.

However you prefer to work, you can always reach out to me for a no-obligation discussion about your book, and how I might be able to help you.