My Life Changed. But I Still Have a Book Coming Out. 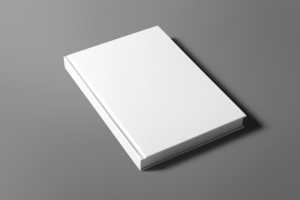 I knew something was wrong with him almost a year ago, but I didn’t know how wrong.

He’d seen me through nearly eleven book launches, was always there for the triumphs and the disappointments. He read my books, he listened to them—mostly listened, because he was a slow reader. The smartest person I knew, but he paid attention to every word, he didn’t gobble down stories like I did. He loved Henry James, whose sentences can go on for a paragraph, full of twists and clauses and phrases, spiraling in to his point, coming out at the other end somewhere surprising yet inevitable. He took pleasure in rereading those paragraphs, savoring every nuance.

I never aspired to that kind of writing, but he still read me and listened as I read my work aloud—although more often than not, he’d fall asleep. I wasn’t offended. He fell asleep listening to Henry James, too.

The something wrong started in earnest while we were on vacation in Damariscotta, Maine, last August. I was immersed in various work, preparing for a September book launch for the third volume of my Medieval trilogy and proof-listening to the audiobook files for The Portraitist. Knowing he’d love my narrator’s voice, I included him in the listening. He stayed awake for the whole thing.

That wasn’t what made me see something was wrong, though.

I think it was that throughout those two weeks in our favorite part of Maine, he only had one small bite of lobster. He complained of stomach pain, thinking he had an ulcer. Since he was a physician (ok, a psychiatrist), I thought maybe he knew what he was talking about, and continued my work getting my book ready. I completed the tip sheet for the sales force and wrote the back matter. And I wrote the dedication, of course to him. He’d seen me through multiple versions of The Portraitist, from when it started life as a YA historical about the young Elisabeth Vigée Le Brun in 2015, through a massive three-POV tome with Adélaïde, Elisabeth, and Rosalie Filleul, to finally figuring out that it was Adélaïde’s story I really wanted to tell.

Not a week after we got home to Northampton, he had some test results that troubled his doctor. A week after that, a CT scan found the mass on his pancreas.

How clearly I remember the early-afternoon light in my study, always so lovely filtering through the trees that tapped at my window, my refuge in that otherwise chaotic house. I see him coming through the door, a look of bewilderment and sorrow in his eyes. He sat opposite me on the loveseat, and said, “I’m afraid it’s as bad as it can be.”

I flew out of my seat and crushed myself in next to him on that little sofa and wrapped my arms around him, saying “No! No! No!” over and over, before he even told me what it was. We weren’t done with our life together. We wanted to travel, go to operas, go to concerts, walk around the Louvre again. It had only been thirty-three years, and he was too young.

After that day, the disease and the process of dying took over. The house was full of family and friends and strangers, coming to care for him and to squeeze out those last moments together before he became debilitated and unresponsive. I think I existed in a kind of efficient fog.

Things went fast, as they tend to in cases of pancreatic cancer. He left us—peacefully, surrounded by family—eleven short weeks after his diagnosis.

My life changed in a heartbeat, a last breath. Circumstances made it essential for me to move out of the house, and I chose to relocate to a community near one of my daughters and a brother. Better some family, I thought. So I left the house I’d lived in for 30 years seven months before The Portraitist would be out. The book-production wheel was under its own steam more or less, and had already been turning for months and wouldn’t stop.

It wasn’t until I got my first pages to review in March that the true extent of the changes I was facing hit me. There it was: the dedication to him I’d written when I thought we’d be together for many years to come. I had to change it, of course. And I had to change my bio, and my acknowledgments. And then I had to think about the reality of this book being in the world without him, and I realized that I’d moved away from the book community I’d become part of over the years, the friends who he enjoyed meeting and who loved meeting him. COVID had already distanced us from those wonderful events, but that didn’t make it any easier.

On a more prosaic level, those local publicity contacts I’d put in my tip sheet no longer applied. I was starting over.

That’s not to say my friends from Northampton aren’t still supportive. I’ll do a book-launch event through Writers in Progress, where I’m still teaching some workshops. And I’ve been trying to make some writerly connections here so Adélaïde isn’t being born into a complete vacuum. People are wonderful and nice, but you can’t just swoop into a new community, say, “I have a book coming out! Celebrate with me!” and expect everyone to do so.

That’s not the important thing, though. What’s important is that he isn’t here to share my anxiety about reviews, or calm my nerves over a presentation. Oh, I can do it, of course. But he was there for my first book, the one no one thought I’d ever get published, and I always thought he’d be around for the last one.

My life has changed. But writing goes on. The book will come out and people will buy it and review it and listen to the audiobook. And I’ll be grateful and pleased with it, and my friends and family will cheer me.