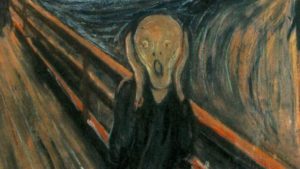 I wonder how many readers think that writers just sit down and pour out a story onto the page, that maybe with a few little edits and tweaks the story that first goes on the page is the one that ends up in the published book.

Sometimes that’s the case. I’ve been fortunate to have a few of my novels work that way, even if I had to rework substantial sections of them.

Editing is a pleasure. Rewriting is torture.

My current WIP is destined not to be one of those. I announced about two months ago that I’d finished a draft and was sending the manuscript out to beta readers. A few weeks later I sent it to my agent. A combination of the feedback from beta readers and from my agent made me realize that the manuscript didn’t need editing. It needed to be completely scrapped and I had to start over.

Rewrite with a capital “R”. That didn’t mean just going in and wrestling with places that didn’t work the way they should. It meant rethinking the entire thing. I changed POV. I changed where it starts. And that has resulted in having to reexamine just about everything else.

In a rewrite, everything’s up for grabs.

Rewriting is almost like the first draft all over again, except at least you have the bones of the story and have done (most of) the research. But here are a few observations:

I went from multiple close third to first person from the point of view of the main character. That meant at least half the scenes I’d written before were no longer useful, because she wasn’t in them. That meant that things I could show the reader that affected her but where she wasn’t involved directly now have to find a different way onto the page.

It also means I have to get farther inside her head in every situation. One of the main ideas I’ve struggled with in this manuscript is figuring out why my historical character behaved as she did and became what she became. In putting the novel in the first person, my why also changed. I discovered things about her that made everything much clearer.

I was positive I knew where my story would start. Less positive about where it would end, but I thought I’d found it. Now, not only does the story not start in the same place, the dramatic scene that began it before has been relegated to a brief flashback.

I haven’t gotten to the ending yet. I think the storytelling will end in around the same place, but the framework will be different.

I generally write in a linear fashion. The story needs to grow organically. But this rewrite forces a different structure on the entire thing. It’s not one of my usual ways of structuring a novel.

Research re-emerges as a vital part of a rewrite

Changing a POV, adding new characters, starting in a different place—all of these can mean the research you did for the first version isn’t adequate or relevant to your rewrite. It’s just how it is.

I fully expect this rewrite to take me longer to complete than the first draft. I deeply hope it’s much better, that I’ve found a more effective, true way into my character’s story. I won’t know until I’ve finished it and I can go in and start editing.

Editing. My favorite part of the whole process. But it’s a long way off right now. Wishing everyone out there the best on whatever writing project you’re immersed in and at whatever stage.