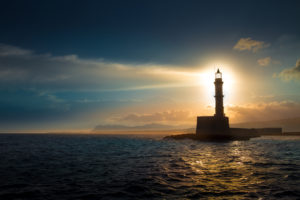 Yes, I have done (and am doing) NaNoWriMo. So are many of my serious, well-published author friends. Why? Isn’t NaNoWriMo just a gimmick to make everyone believe they can write a novel (and there’s nothing bad about that, IMO)? That depends. On why you’re participating.

I’ve had one or two “successful” years, where I reached my word count legitimately (as opposed to just using a work in progress that was already well on the way). The first time, I wrote something silly that deservedly ended up in the virtual dustbin. I think the second time I actually managed a very rough first draft of something that I may have continued working on.

I have writer friends scattered all over the world, mostly virtual, but many people I know from conferences etc. Each of us at any given time is at a different point in our work. We may happen to be working on a first draft at the same time, but it’s hard to know, and even harder to give each other encouragement without direct contact of some sort. (I envy writers who have a good group of beta readers, or a really effective critique group; I do not).

NaNoWriMo at its best helps make that connection. It artificially creates a forum in which everyone has more or less the same goals, and that brings people together who normally work in complete isolation.

Writing is just about the most solitary occupation there is. Except possibly being a lighthouse keeper. And I don’t mean just physical isolation. I have a day job, so I am around people for eight hours of the day at least. This is a different kind of connection. It’s connecting with others who understand what I’m going through, the struggles and insecurities, which creates a truly nourishing experience. That’s what it is for me, whether or not I get to that magical 50,000 words.

And being accountable for making progress—that’s not a bad thing either.

I don’t know whether I’ll do this every year, or just when the timing works out for me. But I’m grateful to NaNoWriMo for creating this opportunity for all writers—established or aspiring—to put it out there and get to work in a massive explosion of creative energy.