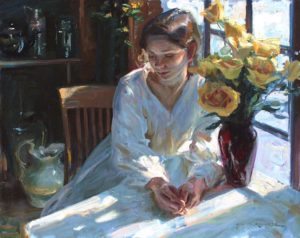 I never really used to think about “process” in relation to writing. You have an idea. You research, You plan—at least a little. Then you write. Is that a process?

But lately, as I’ve been swimming back into actively writing and trying to get published again (I was distracted for a couple of years by cofounding a tech startup and rebuilding my life with yet another career change, and then the general discouragement of the publishing business), I began to wonder if I actually do have what people call a “process.”

I’m not necessarily talking about the process as defined at any number of sites about writing, which looks like the diagram here. That’s, like, “duh!” 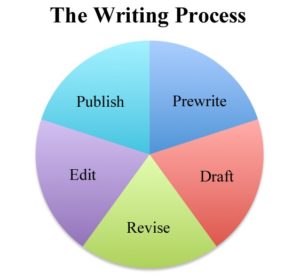 What I’m talking about is more personal than that. It’s what a writer goes through in order to get to an end product. It’s miraculous: no two ways about it. And although many writers have similar journeys from idea to publication (or at least finished manuscript), no two processes are entirely the same.

For instance, I’ve heard other writers say write their first draft longhand. That’s a process. And then there are the post-it note people, and the index cards.

I don’t write anything longhand because my handwriting is so terrible, and I don’t have a good surface to write on. Plus, I’m a computer nerd, and I like using the tools available to help me organize thoughts on the computer and my iPad.

As far as I can see, this is my process:

When I put it like that, I wonder that I’ve ever managed to finish writing a novel! Or perhaps more, that I would ever put myself through such a process.