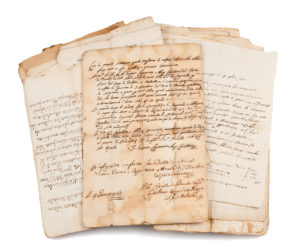 So, you have a finished manuscript. You’ve polished and prodded and written and rewritten and finally you think it’s ready to find a home in the world. Congratulations! Not everyone can do that, sustain a story over 80k or more words so that there’s a coherent beginning, middle, and end; where your characters have faced obstacles and grown; and  where everything ends up as it should—happy, sad, or in between. It’s hard. Really, really hard to do that.

But the process isn’t over yet. In fact, arguably the hardest part of trying to get a book published—for me and many others anyway—rears its inevitable ugly head just when you think your struggles are over:

You have to make your novel sound exciting, moving, gripping, relevant (add adjectives ad infinitum) to an editor if you’re fortunate enough to have an agent, to an agent if you’re shopping around for one, for your potential readers if you’re self-publishing.

In other words, you need a one-sentence pitch, otherwise known as a log line.

A log line or logline is a brief (usually one-sentence) summary of a television program, film, or book that states the central conflict of the story, often providing both a synopsis of the story’s plot, and an emotional “hook” to stimulate interest. A one-sentence program summary in TV Guide is a log line.

ONE SENTENCE!!! How can all my hard work on this complex, emotional story I’ve spent a year crafting be reduced to one sentence?

I think the answer depends in part on how you conceived your book in the first place. As Randy Susan Myers says it (and many others, but she’s the one I’ve heard it from most recently), every story needs a “What if?” at the beginning, in its inception, even if that “what if” evolves as you write.

Examples from my own books:

Emilie’s Voice: What if an innocent young girl had a voice that was so beautiful, the most powerful people in the court of Louis XIV wanted to possess it?

Anastasia’s Secret: What if the grand duchess Anastasia, who was a teenager at the time her family was exiled and executed, had a secret love affair with someone who would would become a bolshevik?

I’m not going to go on, but you get the idea. If your “what if” is compelling enough, it’s easier to write that impossible one-sentence teaser that is so important. Note I said “easier,” not “easy.”

There’s a lot of information and advice about writing log lines available on the Internet. Just search “log line” and you’ll see. But, I hear you say, those are all written by people who are trying to help writers get movie or TV scripts sold.

Here’s the truth: readers today are so accustomed to consuming their stories via a movie or TV series that books have to compete on that same level. (And don’t you hope for a film option anyway?) Whatever the medium, whatever the genre, being able to articulate the core of your story in a single sentence (or two) is a good test of whether the story will stand up to its competition.

So, here’s a thought: before you start writing your novel, write a log line that makes you excited to read it. That’s advice I have not followed until relatively recently. I was delighted when Randy put our workshop through that process a few weeks ago. It was pivotal in helping me see the story in the vague idea I had around a particular historical character.

Unfortunately, I can’t tell you the secret to writing a great log line. But here are some guidelines all the places I’ve looked seem to agree upon:

As James Burbidge says in his piece about log lines: Don’t tell the story, sell the story.

Did that help? No? Sorry. Whether you’ve finished or are just starting to write your novel, leave your log line in the comments. It’s a good exercise. Trust me!