“Why don’t you self-publish?” 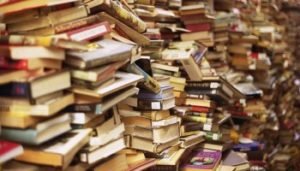 It’s a question I get frequently when I bemoan the fact that I haven’t had a book published in five years, despite writing several that I (and my agent) think are good and worth publishing. [Full disclosure: I did put two e-books of unpublished manuscripts up on Amazon and basically forgot about them for years! One was a sequel to The Musician’s Daughter that readers kept asking me for, and that I’d written as the option book after TMD, but my editor wanted something different; the other was a book I knew would never be published, one of those about an obscure music-historical figure who fascinated me. I threw them up there partly because I wanted to see how easy it was, but I never promoted them.]

And there’s the beginning of my “why not.” My own actions with those two books are a test case for why I—and many other authors—don’t want to self-publish. Because, contrary to what most people believe, it isn’t simply a case of turning your manuscript into an e-book and selling it on Amazon. Important, determinative steps are missed when you do it the way I did it, and probably the way most people who don’t have thousands of dollars to spend do it.

Yes, you heard me right. Thousands. Bringing even just an e-book out properly is expensive, unless you have a vast readership that waits with fingers poised over the keyboard to purchase your next chef d’oeuvre. Here’s what it takes:

Some places make the total cost around $4,000, but that doesn’t include promotion, and they low-ball the cost of a developmental editor.

If you want to hold that precious printed volume in your hands, then add printing costs, which even for a paperback are large per volume (because you’re not printing ten thousand at a time), so you end up having to sell your paperback well above the price of the usual, $16.99 trade paperback in order not to lose money every time. Plus, you have to store your books and hand-sell them to local bookstores (if you’re lucky). Forget about getting shelf space at Barnes & Noble, or in Target or Costco. They only deal with the big guys and the major independents.

Another biggie: reviews. Not reader reviews, but the trade reviews librarians and booksellers read as they’re trying to figure out what they’ll stock in the coming season. Kirkus, Publisher’s Weekly, Library Journal. You can pay to get a Kirkus review, I’m told, but not as far as I know any of the others. As to national papers? Uh uh.

I simply value my time as a writer too much to spend what little I have left after my full-time day job putting time and money I don’t have into something that has every opportunity of vanishing into obscurity, and not doing my overall profile as an author any good whatsoever.

Now, there are people who have been very successful doing all of that themselves. The attraction is that you get to keep way more of the profits from each book you sell (more than the 25% of an e-book that’s the industry standard, 15% of a hardcover, 8% of a paperback), you get to control your publishing schedule, and you have direct contact with your readers. I’m simply not one of them. Not to mention the fact that I don’t have the minimum $10,000 floating around to properly self-publish something I’m really proud of.

It may be that I never get another novel published. But that won’t stop me writing them for as long as I’m able. I’m one of the fortunate ones who has published with major publishers. I have six beautiful books I can hold in my hands, grateful for the efforts on the part of my agent and editors to bring them to the world. Am I greedy to want to have more? Perhaps. But that’s just how it is for me, right or wrong.